You are here: Home / / Slarina

Slarina cultivation was almost abandoned in the second half of the last century because of its poor productive capacity. Only very small vineyards existed in the Tortonese and northern Asti areas. At the beginning of the 2000s, an important project for the preservation of biodiversity carried out by the Piedmont Region, which studied this and other old Piedmont vines in danger of extinction, made it possible to save some vines of this variety.

At the beginning of 2010, we began to search for old grape varieties with interesting and unique taste characteristics that would further represent the uniqueness of our territory.

After several researches and experiments, we became aware of the work of the Piedmont Region and identified two varieties that were very interesting to us: the red Slarina and the white Baratuciat.

Hence the decision to plant about one hectare of each of the two varieties.

Further infos are available on the Piedmont Region web site.

History of the native grape project 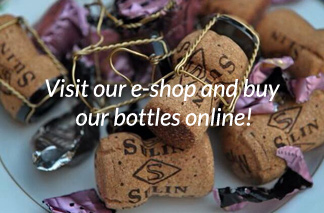 This website uses cookies to improve your experience while you navigate through the website. Out of these, the cookies that are categorized as necessary are stored on your browser as they are essential for the working of basic functionalities of the website. We also use third-party cookies that help us analyze and understand how you use this website. These cookies will be stored in your browser only with your consent. You also have the option to opt-out of these cookies. But opting out of some of these cookies may affect your browsing experience.
Necessary Sempre abilitato
Necessary cookies are absolutely essential for the website to function properly. This category only includes cookies that ensures basic functionalities and security features of the website. These cookies do not store any personal information.
Non-necessary
Any cookies that may not be particularly necessary for the website to function and is used specifically to collect user personal data via analytics, ads, other embedded contents are termed as non-necessary cookies. It is mandatory to procure user consent prior to running these cookies on your website.
ACCETTA E SALVA
MENU